We Lived Happily During the War 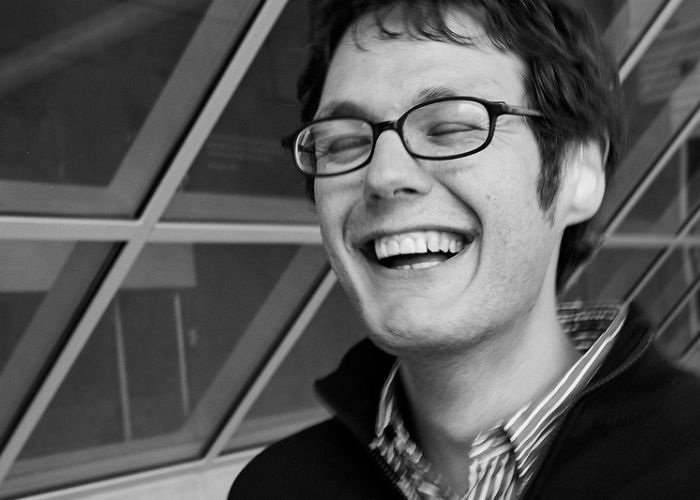 Start by listening to “We Lived Happily During the War” by Ilya Kaminsky.

When you’re done, briefly discuss how and why the speaker was able to live happily during the war and how they feel about this in retrospect.

Say, “Try to think of a time when were you’ve seen other people “live happily” through something because it didn’t personally affect them. Try not to come up with examples of people being optimistic during bad times; try to think of times when people demonstrated their selfishness, apathy, and provinciality because they weren’t personally impacted by something.” Then give them time to discuss.

Have your students take a few minutes to choose one of the groups of people that were mentioned in the discussion. Then ask them to simply jot down as many reasons as to why those people had the luxury of “living happily” during a time that was so tumultuous for others.

Ask your students to write a poem similar in sentiment to “We Lived Happily During the War” in which they write from the perspective from somebody who is able to live “happily” during a time of chaos out of pure selfishness, greed, apathy, indifference, etc.

When the students are done, have them share their responses with one another.

This lesson allows students to analyze various concepts and skills, so it is recommended that you have covered several of the “standalone” lessons before assigning this one. The prominent literary devices & techniques that this particular poem includes are: diction, tone, selection of detail, structure, structure (syntax), structure (line breaks), and figurative language.

Read “We Lived Happily During the War” by Ilya Kaminsky. When you’re done, ask your students to discuss how the poem reflects the same sentiment as that of the political cartoon.

Have your students open the following document and go over the instructions with them. In this assignment, your students are going to have to create a four panel comic with no words, a comic that expresses the same ideas as that in the poem. Then give your students time to work on the assignment.

When your students are done, have them share their responses with one another and ask them to explain the reasoning behind their artistic choices.